“An investment in knowledge pays the best interest.” Benjamin Franklin 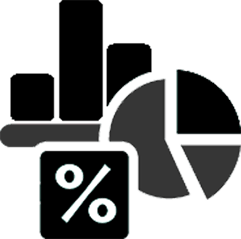 Teacher Last is ranked #0 out of 3 teachers in our Australian teacher Directory.

This teacher is ranked #0 in Primary Education and #1 in NSW.

This profile has a total of 0 reviews and 53 page views, therefore 0.00% of visitors have left a review.

There are a total of 0 clicks from this profile to the teacher website, the ‘click through rate’ is 0%

All Saints Grammar School is a co-educational Orthodox Christian School from Pre-Kindergarten to Year 12, run under the auspices of the Greek Orthodox Archdiocese of Australia.

This vibrant and well established school was founded in 1990 by the Parish and Community of Belmore and District to provide academic excellence within a foundation of Orthodox Christian ethics. The initial ideal of establishing All Saints Grammar School was in the hope of preserving Hellenism, and to uphold the values, beliefs, traditions and customs of the Greek culture and Orthodox faith.

It was without any government funding, 28 students and in a rented premises, that the school officially opened in January 1990, in Lakemba. The school grew rapidly and the following year, enrolments more than tripled. It was in 1994, that the Church purchased the magnificent Towers Campus, as it is referred to today. Over the next few years restoration and renovation took place at the Towers Campus and the first Year 7 students were welcomed in Term 3 of 1995. In 2000, the first Year 12 students sat the Higher School Certificate (HSC).

Our school has been growing in numbers ever since its inception. The construction of the award winning Primary School campus in Belmore was completed in October 2009 and the School Gymnasium was constructed and opened in 2011. With ever increasing numbers in Pre-Kindy, the house next to the Church was purchased and the purpose designed Early Learning Centre was officially opened in 2013. From 2011 All Saints Grammar has educated students from Pre-Kindy to Year 12 and from 2013 was able to do so on three remarkable campuses.

The School Crest and Motto are symbols of the school’s ideals and provide an insight into our ethos, aims and goals.

The school’s Motto ‘Let us Stand Well’ is a liturgical phrase that is heard at the beginning of the most sacred part of the Divine Liturgy, the Holy Eucharist.

Our School Crest symbolises an invitation to all to be vigilant in the preservation, development and passing on to future generations the ideals symbolised by the other motifs on the Crest.

The symbol of the Open Book represents the values of education, learning and scholarship.

The Ionian Column symbolises our Hellenic traditions, language and culture.

The Cross of Salvation binds these four symbols as everything we do is for our salvation and for the Glory of God.

Read articles related to this teacher